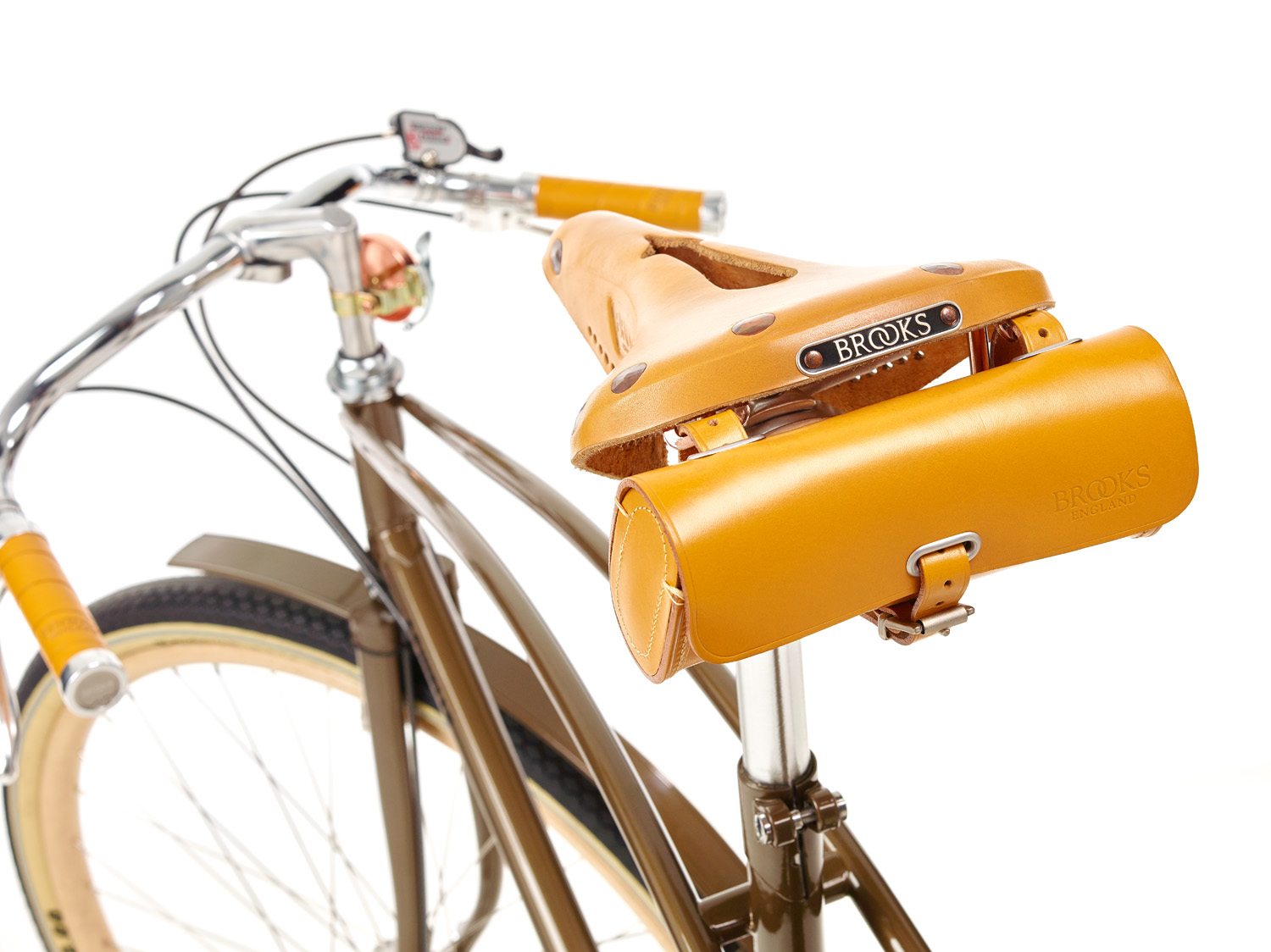 A limited edition of the Omer. Only 50 numbered bikes have been made. Only available via the Achielle dealers.

What makes this Omer so unique?

The most striking are the rims. These genuine wooden rims have been made in a small workshop in Italy for three generations. However, time has not stood still here either.
Even though the rims seem to date from the early 20th century, they have been produced in combination with modern techniques. To reinforce the rims, they have been coated with carbon on the inside.

The tyres used are the latest Schwalbe Century tyres. The looks of these black/beige tyres were inspired by the first heydays of the bicycle in the early 20th century. The embossed lettering increases the visibility of the tyres.
The handmade Omer frame is powder coated in Marrakech Brown. This metallic colour turns the bike into a dazzling beauty even in the slightest bit of sunlight. The low profile fenders and the Sugino chain guard have been painted in the same metallic colour.

Brooks England provides the ochre saddle. You fill not find this saddle in Brooks’s standard product range, as it was specially made for this Omer LTD. The ochre hand grips, tool bag, toe straps and matching trouser clips were also made by Brooks.
In addition to the saddle’s undercarriage, there are plenty of coppery details: the MKS pedals, the Crane bell and the Achielle head badge.
The bicycle furthermore has a detailed finish: braided cables with an accent in the colour of the frame, Diacompe brake levers, a Sturmey Archer classic shifter, a plate with a number engraved by hand, unique ‘oil can’ cap nuts, …

In addition, the bike is obviously designed, produced and supplied with a lot of love. You can see some making-of pictures on our Facebook page.
(All bicycles have in the meantime been sold to the dealers).