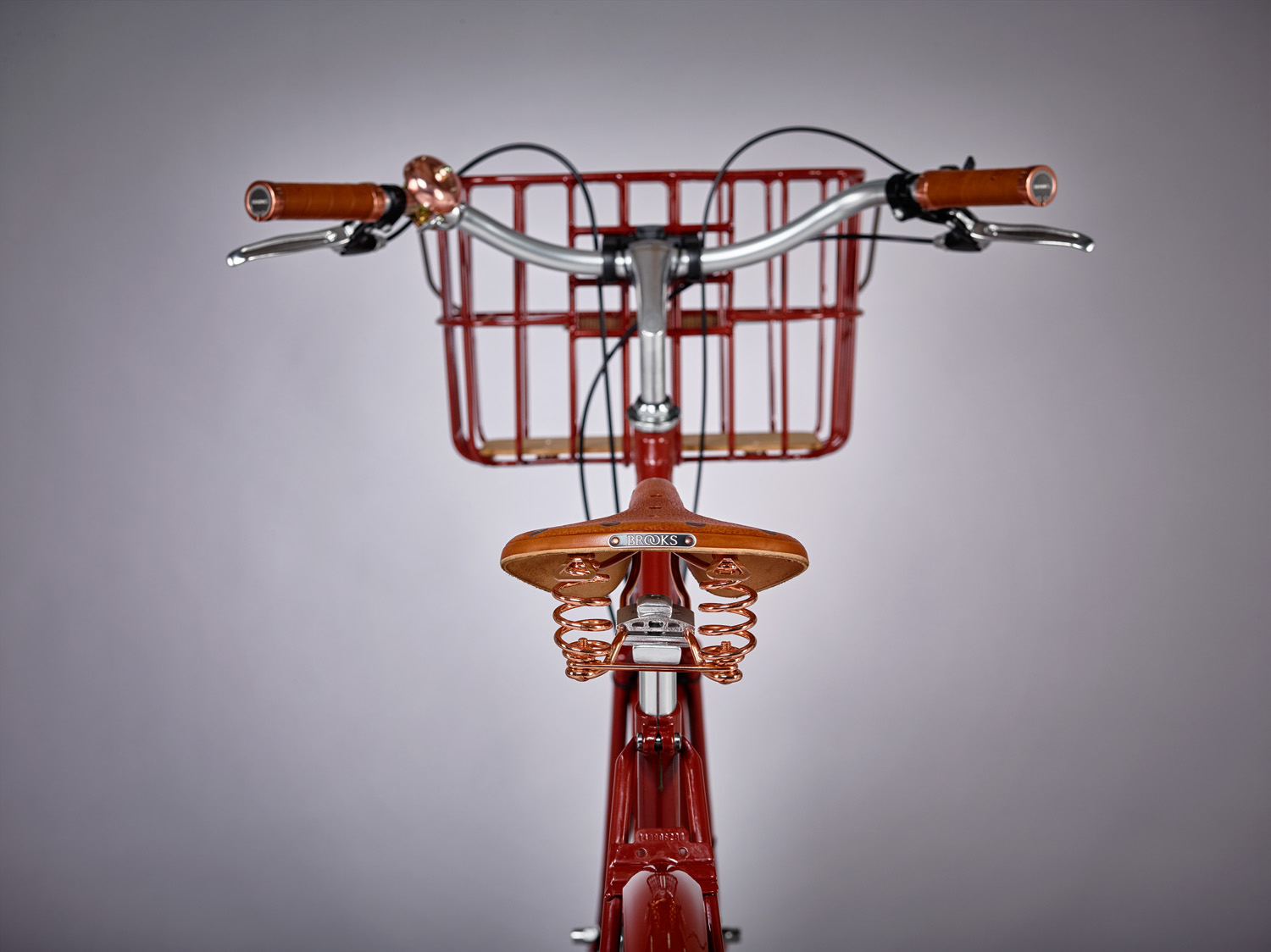 A limited edition of Julie to celebrate Brooks anniversary.

Brooks England celebrates its 150th anniversary in 2016. John Boultbee Brooks started producing various leather components in 1866.
To celebrate this anniversary, Brooks England selected 12 bicycle manufacturers from around the world, including Achielle. Each manufacturer was invited to produce a limited-edition bicycle with copper as central theme. We are making 55 pieces.

Achielle was asked to make a limited-edition version of ‘Julie‘.
This unique Julie has real wooden rims as base and comes in oxydered colour. Also the Brooks basket have been painted in the same colour.
Julie features a Sturmey Archer 3-speed hub combined with drum brakes and a hubdynamo.
The copper details are present in the Achielle head badge, copper rivets for the number plate and the Crane bell. However, the real eye catcher is obviously the Brooks saddle specially made for this bicycle. The B67s saddle is supported by a copper frame and the leather slender grips also have a copper finish.
Last but not least, the frame features a badge referring to this limited-edition version and Brooks England’s 150th anniversary.