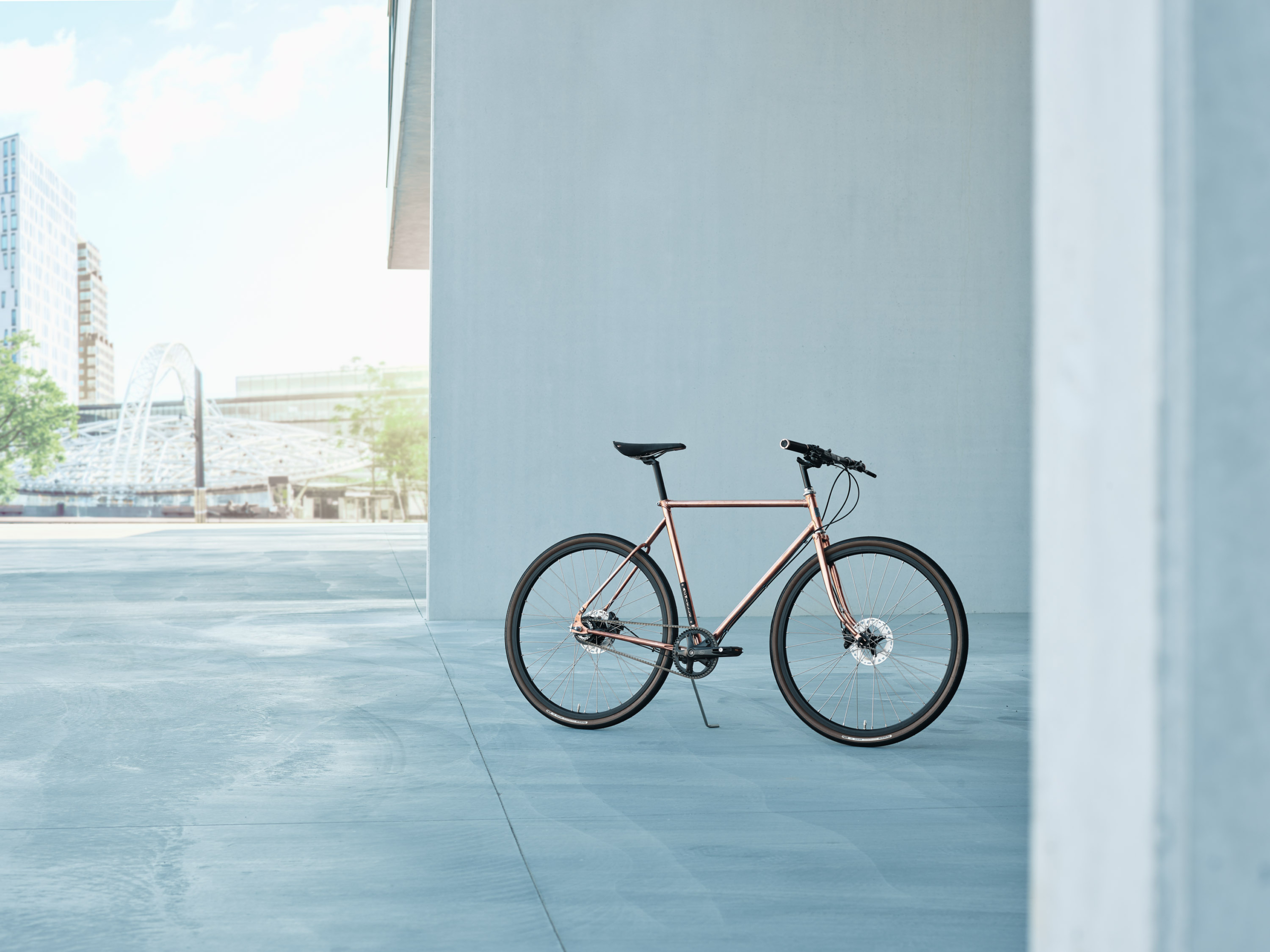 In 1946, Achiel Oosterlinck decided to start his own bicycle shop.

He had learned the profession from the local bicycle dealer before the war.
He started repairing bicycles in a small shed behind his house.
In the following years, his business grew into a real bicycle shop, which later became a bicycle frame manufacturer.

75 years later, the shop has evolved into bicycle manufacturer Achielle, named after grandfather Achiel.
We want to celebrate that anniversary!
In honour of this 75th anniversary, we are launching an Oscar Limited Edition, of which only 46 pieces will be produced (cf. starting year 1946).

Oscar Ltd1946 is a piece of art that you can ride.
Achiel Oosterlinck’s business has gone through several transformations over the years and so will this Oscar. By using the bike, a layer of patina will slowly form on the beautiful copper-plated frame. Thanks to that layer, each of these 46 bikes gets a unique look.

To develop Oscar Ltd1946, we use only the highest-quality parts around the handmade frame.
Brooks provides this bicycle with a unique Cambium saddle and matching grips, finished with copper.
This bicycle has a unique Gates belt, in a natural colour. The bicycle gears are made by Shimano.
Furthermore, lighting is integrated into the seatpost and the handlebars (Lightskin). In addition, this Oscar contains parts of Velo Orange, Panaracer, Knog, Sapim, Ryde, Thun and VP.
Each bike has a number engraved on a plate by hand.